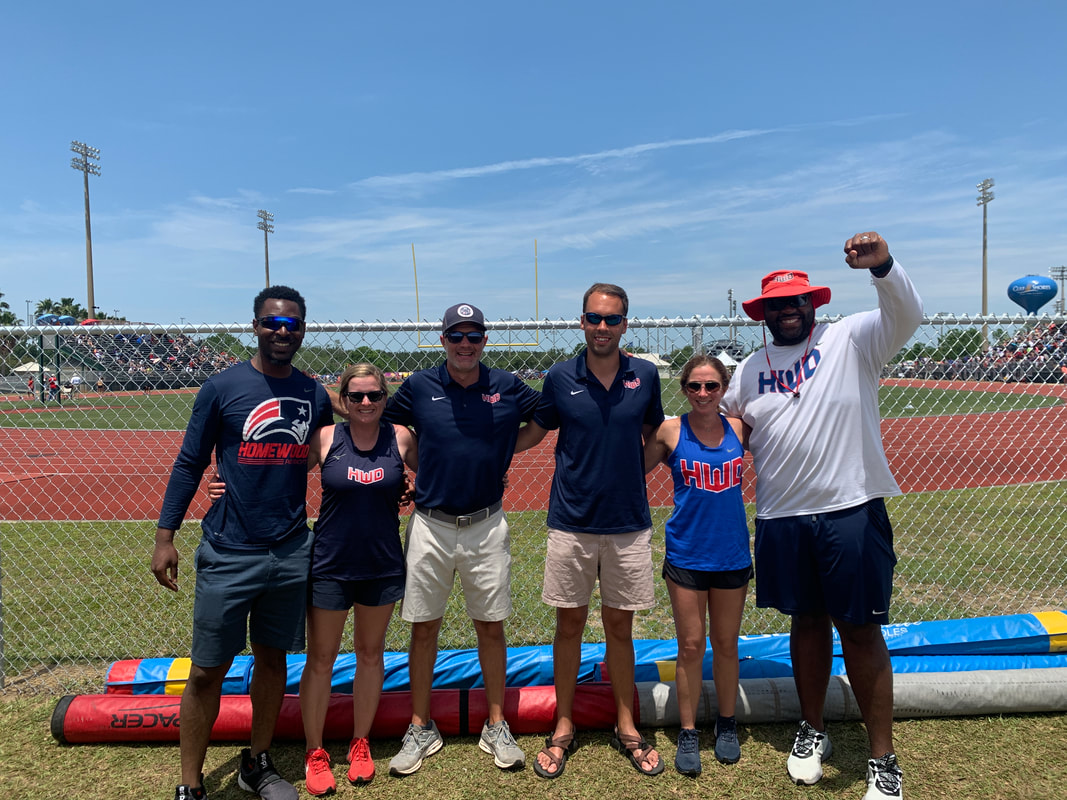 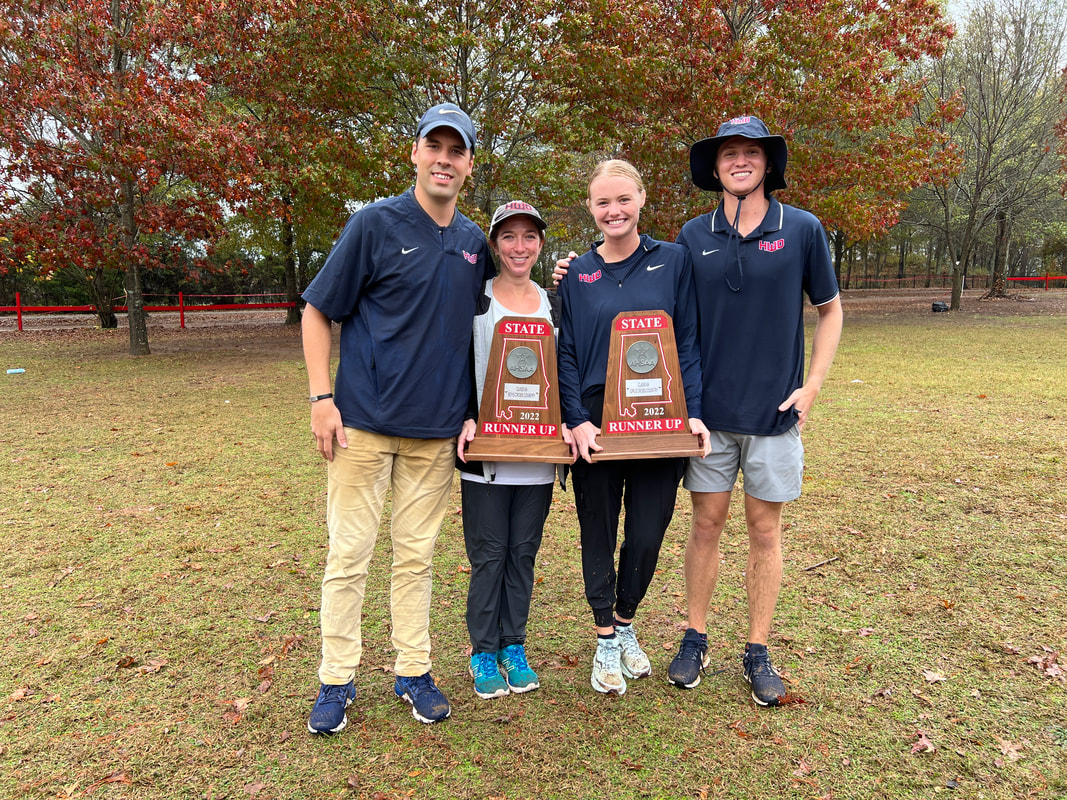 ​Joshua Donaldson (Head Cross Country Coach, Head Coach Track and Field, Program Director)
Josh Donaldson has been teaching science and coaching at Homewood High School since 2012.  He was selected as Homewood High School Teacher of the Year for the 2019-20 school year and has earned two Alabama Cross Country Coach of the Year honors (2018 NFHS, 2019 USTFCCCA).  Josh began serving as Head Cross Country Coach in 2018 and led the both the girls' and boys' teams to 6A State Championships in both 2018 and 2019, and he continues to lead the distance runners to unprecedented success.  Josh took over the program in 2020. Josh is a well-rounded coach who can coach all of the events and has led Homewood pole vaulters to numerous individual championships, records, and All-State performances.  Donaldson has been an essential part of all 32 championships in the program's history, and he was an athlete on the first Homewood team to ever win in 2006.  ​He teaches AP Biology at Homewood High School and has excelled in both academics and community service throughout his life.  Prior to earning Master's degrees in Education and Education Administration, Josh graduated summa cum laude with Math and Biology degrees from the University of Alabama.  Donaldson consistently strives to help those around him in the community and also serves as Camp Director for Camp Dawson at Dawson Memorial Baptist Church.

Ashley Bussey (Assistant Track and Field)
Ashley Bussey began coaching hurdles at Homewood during the 2018-19 school year and helped lead the program to an incredible year in the hurdle events during her first year coaching.  Ashley has been around the sport her entire life and earned an athletic scholarship in hurdles to Samford University after graduating from Vestavia Hills High School, where she was a state champion and earned All-State honors in the hurdles.  Ashley's father is the legendary Randy Faust who was Vestavia Hill's head track and cross country coach for 27 years.

Kelly McNair (Assistant Cross Country and Track and Field)
Kelly McNair started coaching at Homewood in the fall of 2018 and made an instant impact on the quality of the distance program.  Kelly has been coaching and teaching classes at Resolute Running since 2014 and has helped runners of all ages throughout the Birmingham area reach their running goals.  McNair is an extremely accomplished runner, and her coaching expertise in a variety of areas has helped Homewood distance runners become more well-rounded and attain personal bests at unprecedented rates.  Kelly graduated from the University of Georgia and worked at the Lakeshore Foundation for ten years as specialist, coordinator, and director of the Aquatics Program prior.

Frances Patrick (Assistant Cross Country and Track and Field)
Frances Patrick begins her first year at Homewood High School as a Special Education teacher after serving in the same role and as the Head Cross Country and Head Track & Field Coach at Helena High School. Prior to teaching and coaching at Helena, she ran collegiately at both TCU and Auburn University. While at Auburn she competed on the cross country and track teams, competing in the following events: 800m, 1500m, 3000m, 3000m steeplechase, 6000m, and DMR (distance medley relay). In high school she was a five time individual state champion in the 1600m, 3200m, and 5000m, and was part of four team cross country titles. Additionally, she was a high school All-American in the 2000m steeplechase at New Balance Nationals.

Myron Powe (Assistant Track and Field)
Myron Powe began coaching shot put and discus at Homewood during the 2018 track and field season and has guided the throwers to great performances and new school records that have contributed to multiple teams state championships.  Coach Powe has been an exceptional PE teacher and coach for multiple sports for 16 years at Homewood.  Powe attended the University of Southern Mississippi where he earned a degree in Sports Administration and lettered in football.  Powe earned All-Conference honors in Conference USA while playing offensive line at Southern Miss and went on to play professionally for two years after college.  He graduated high school from Wilcox County where is was All-State in football and on a state championship team in basketball.

Alazae Hester-Taylor (Assistant Track and Field)
Alazae Hester-Taylor began coaching track at Homewood High School in 2021 after competing for Homewood High School as a student throughout his high school career. He went on to compete at the next level at Coffeyville Community College in Coffeyville, Kansas, then at St. Augustine University in North Carolina where he had All-America Honors in the 400m hurdles. In high school and in college, Alazae competed in hurdles (110m, 300m, 400m), jumps (long jump, triple jump, and high jump), and in the multis throughout college. He brings a wealth of knowledge across many disciplines to the Homewood Track & Field Team.